This Moody Pringle of Scotland Model 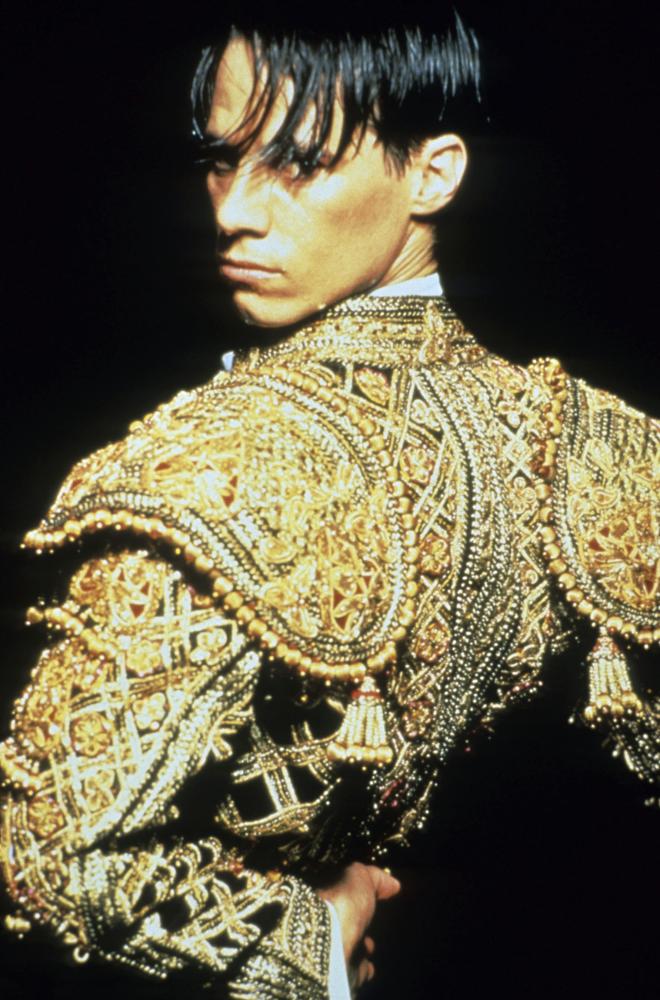 This Man Teaching You How to Wear a Lungi Whoever This Is in Magical Pleated Pants For an odd, brief moment, about ten years ago, I dressed like a tomboy.

Then I looked at my body and realized it didn’t look right.

I can’t say I’ll get very far, considering my hair, which is now about the size and weight of a cat.

But hey, I just bought a bolo tie! And maybe I’ll get a lungi and find an uncle to teach me how to tie it.

Where should I shop in Bangalore this summer? (I’m visiting.)

Question for those in a position to know: is drag fictive or poetic?

*That’s a photo of the first Indian test cricket team. They played in England in 1932, pre-Independence.